Villa Flori, a perfect marriage of the romantic and the contemporary. 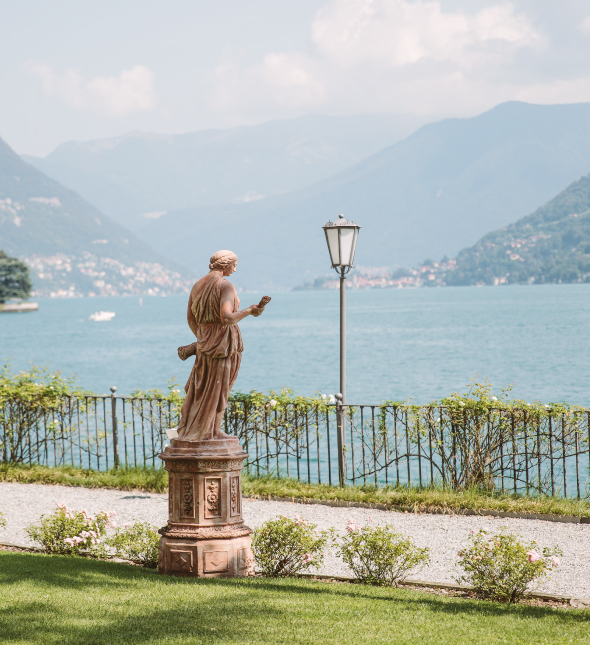 VILLA FLORI LOVES SURPRISES
She likes to reveal herself to those who enter the park, protected as it is from view by two majestic Lebanon cedars. She likes to flaunt all her 19th-century elegance and original furnishings, artfully restored: the stuccoes, floral frescoes, wooden floors are all original, and wear their age well. But she also enjoys showing off her modern details: a lounge bar with contemporary furnishings, efficient service, and all the hi-tech amenities like WiFi, so you can stay connected wherever you are in the hotel, and a well-equipped spa so you can disconnect and relax now and then. Villa Flori, so romantic, so contemporary. 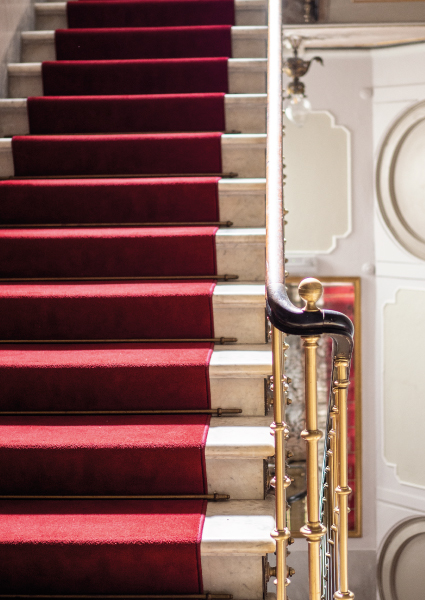 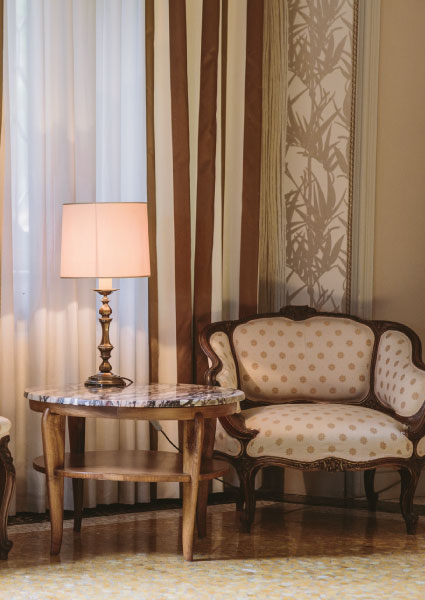 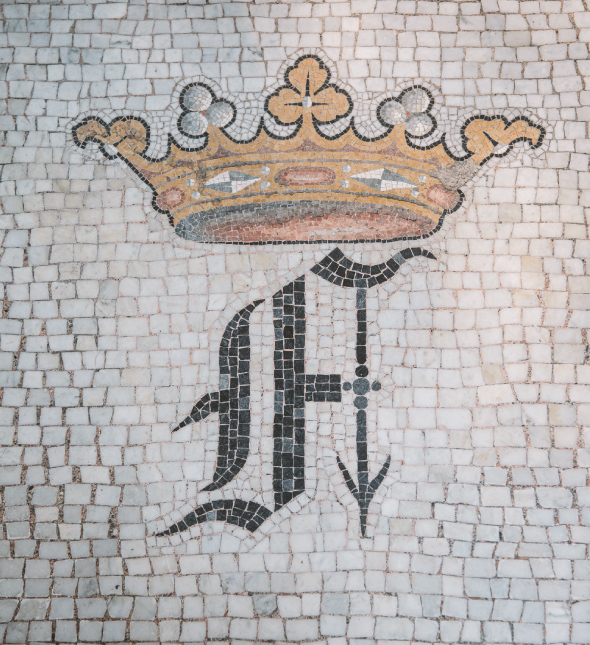 LIKE A ROMANTIC NOVEL, BUT IT’S A TRUE STORY

In 1859, the Marquis Giorgio Raimondi decided to expand the existing Villa Flori and offer it as a wedding gift to his daughter Giuseppina and her groom, General Giuseppe Garibaldi, hero of the unification of Italy. The girl, who grew up in the Mazzinian milieu, had the task of transmitting messages to the patriots, and this is how she met Giuseppe Garibaldi, who fell in love with her at first sight. But it seems that the feeling wasn’t mutual, as the young woman preferred one of the General’s officers. Nevertheless, after an exchange of letters, the wedding was celebrated on 24 January 1860. As the story goes, after the ceremony, it was revealed to Garibaldi that young Giuseppina had previously enjoyed relations with other men, and the marriage was annulled the very same day. Indeed, you can still sense the aristocratic intrigue and romance in the atmosphere of Villa Flori, whose restaurant bears the name of its original owner. 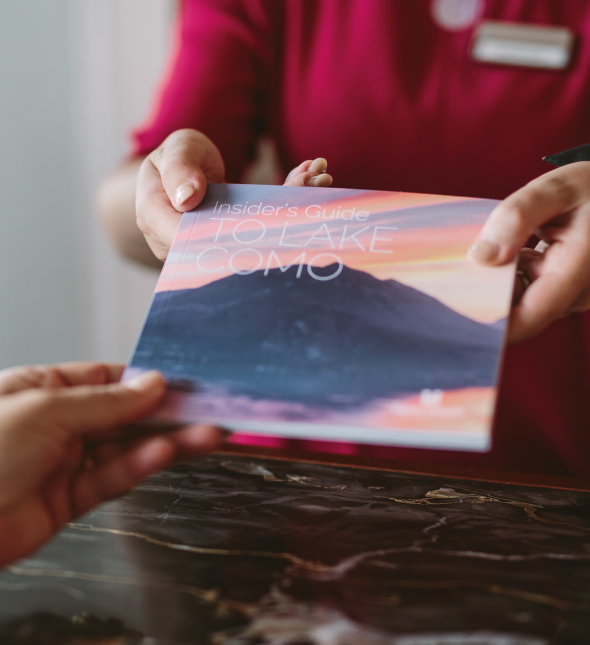 At Villa Flori, we think of service as caretaking. Ours is an impeccable hospitality, efficient and discreet, a balance that our staff trains long and hard to achieve. But it’s a hospitality that comes from the heart, because for each of us at Villa Flori, it's really important to make you feel cared for. We pay attention to who you are, to understand what you need a moment before you know yourself, and then provide it, as if it were natural. Little things, like remembering how you take your coffee, your favorite newspaper, the languages you speak, the temperature you prefer in your room. This is the most important part of our job. And you won't even notice us. You'll just notice, with surprise, that everything is always just as you want it. 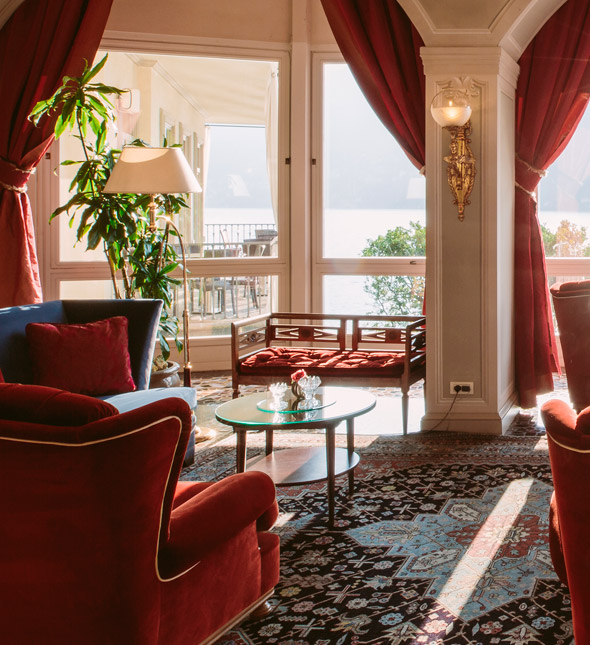 A LOBBY WITH A VIEW

The promise is already fulfilled when you enter the Villa Flori lobby, which welcomes you with ample windows overlooking the lake. Enjoy the spectacle: from the promontory of Torno to the dome of Como’s cathedral, from Blevio to Mount Brunate, where the famous Volta Lighthouse flashes on summer nights. But this eyeful of natural beauty is just a foretaste of what Villa Flori has in store for you: a vacation suspended in time, on the shore of the world’s most beautiful lake.

You’ve had a long day, full of things to see, places to visit? Or perhaps you had to work non-stop? Surprise! Villa Flori has thought of your wellbeing and has prepared a little gem for you on the top floor: a spa featuring a sauna, a Turkish bath and a splendid solarium overlooking the lake. Access is free of charge.

Your stay at Villa Flori is over, and it is useless to try to hide your sadness. But there is some consolation to have: as in all Lario Hotels, you can purchase exclusive mementos to remind you of your stay. A line of indoor fragrances, charming jewelry, and elegant items made from the silk for which Como has been famous for centuries. It should work, at least until the next time. 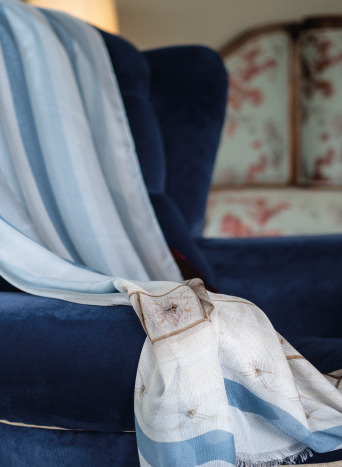 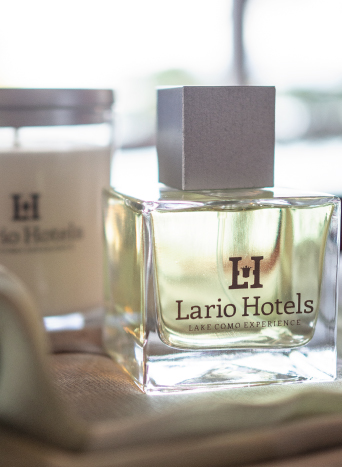 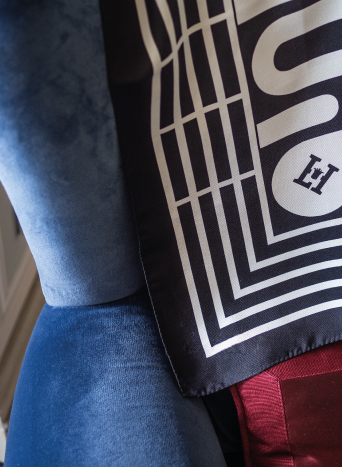